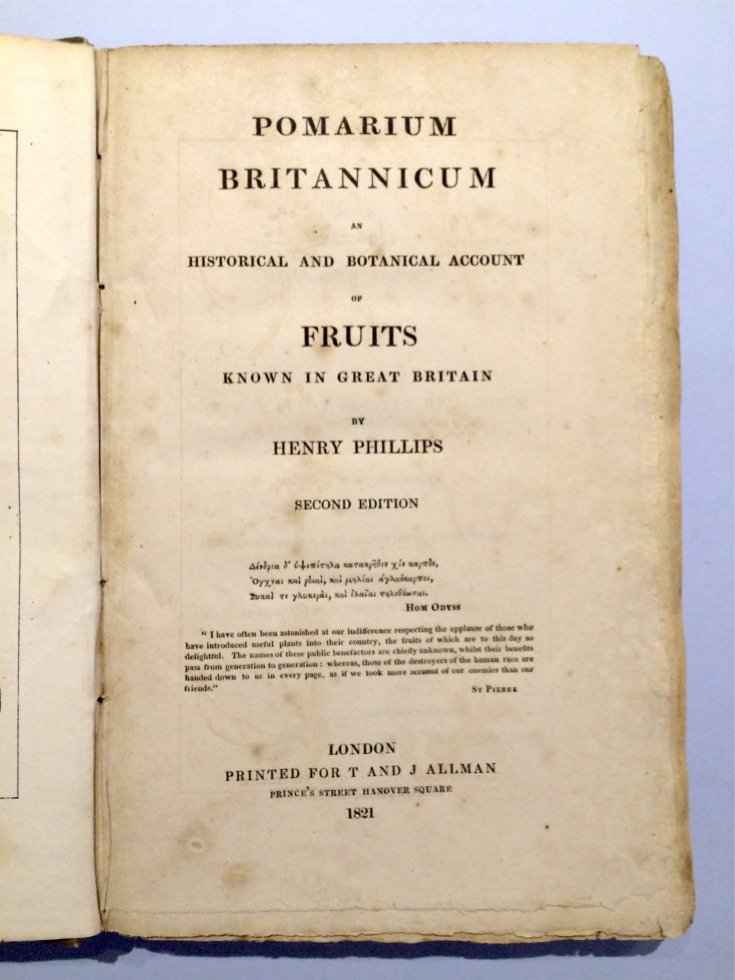 Henry Phillips, lived roughly between 1775 and 1838 and is variously described as a banker and a schoolmaster (he may have been both at some stage in his life), but started writing about horticulture in the 1820s first publishing Pomarium Brittanicum in 1820.

From a historical point of view the 370+ pages of Pomarium provide a window on what fruits were available in the early 19th century (Phillips covers 50 in his text). There were imported fruits like lemon, dates and olives, then more exotic species that could be grown in Britain given the proper conditions such as oranges, peaches and pineapples which could be grown in hothouse conditions by the wealthy, and then there were those fruit species more familiar to our soils such as medlar, quince, hazels and elder.