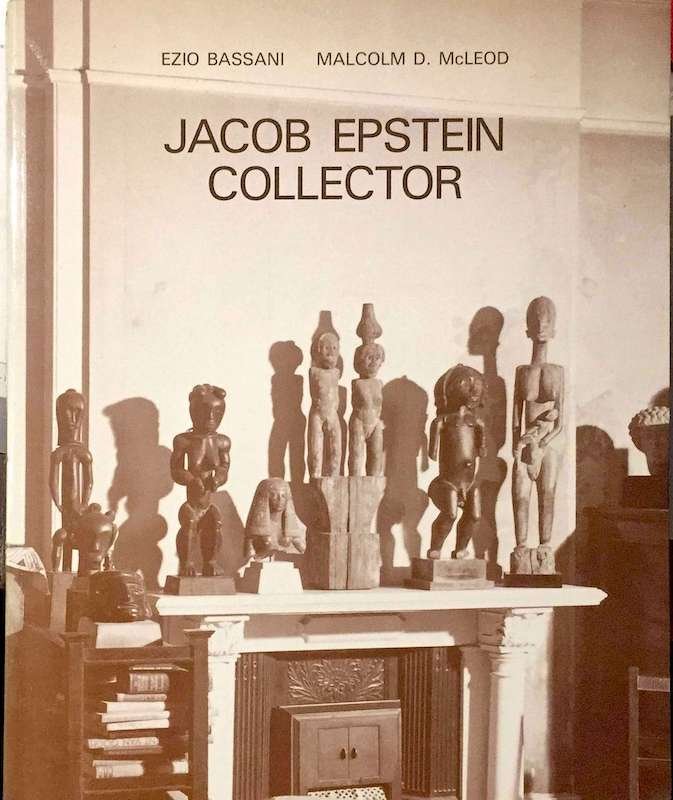 Jacob Epstein (1880 – 1959), sculptor, born in New York City, of Russian-Polish parents. Epstein moved to Paris 1902 where he studied pre-classical and non-European sculpture in the Louvre and other museums. In 1905 he moved to London, became associated with Ezra Pound, Wyndham Lewis, and Henri Gaudier-Brzeska - although was not affiliated to their avant-garde Vorticist group of artists and writers (active 1914 - 1919) - developed his often controversial sculpting career and pursued his passion for collecting sculpture from non-European cultures, particularly from Africa and Oceania. Epstein contended - no doubt in response to comment to the contrary - that his own art practice, while influenced by ‘primitive work’, remained in the European tradition. His major collection of ethnographic sculpture was exhibited in 1960 – the year after his death - by the Arts Council and significant parts were sold at auction by Christies in 1961.

The British Museum has 12 objects from the Epstein collection – 5 from Africa, 5 items are from Melanesia (4 carved house boards from New Caledonia and a human wood figure from West Papua) - all purchased at Christies.
His name is recorded in the P&D visitors' book on 20, 26 July 1908, and address given as 72 Cheyne Walk