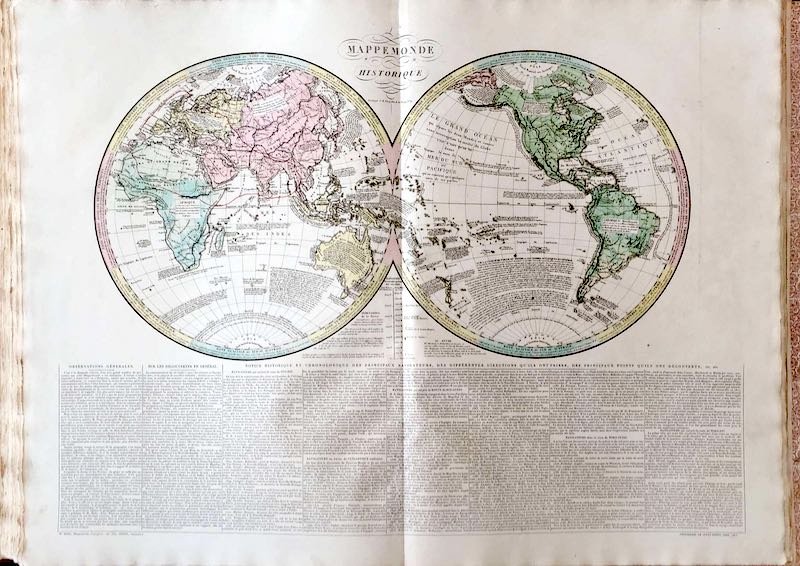 LAS CASES, EMMANUEL AUGUSTIN DIEUDONNE MARIN JOSEPH, Marquis (1766-1842), French official, was born at the castle of Las Cases near Revel in Languedoc. He was educated at the military schools of Vendome and Paris; he entered the navy and took part in various engagements of the years 1781-1782. The outbreak of the Revolution in 1789 caused him to “emigrate,” and he spent some years in Germany and England, sharing in the disastrous Quiberon expedition (1795). He was one of the few survivors and returned to London, where he lived in poverty. He returned to France during the Consulate with other royalists who rallied to the side of Napoleon, and stated afterwards to the emperor that he was “conquered by his glory.” Not until 1810 did he receive much notice from Napoleon, who then made him a chamberlain and created him a count of the empire (he was marquis by hereditary right). After the first abdication of the emperor (11th of April 1814), Las Cases retired to England, but returned to serve Napoleon during the Hundred Days. The second abdication opened up for Las Cases the most noteworthy part of his career. He withdrew with the ex-emperor and a few other trusty followers to Rochefort; and it was Las Cases who first proposed and strongly urged the emperor to throw himself on the generosity of the British nation. Las Cases made the first overtures to Captain Maitland of H.M.S. “Bellerophon” and received a guarded reply, the nature of which he afterwards misrepresented. Las Cases accompanied the ex-emperor to St Helena and acted informally but very assiduously as his secretary, taking down numerous notes of his conversations which thereafter took form in the famous Mémorial de Ste Héléne. The limits of this article preclude an attempt at assessing the value of this work. It should be read with great caution, as the compiler did not scruple to insert his own thoughts and to colour the expressions of his master. In some cases he misstated facts and even fabricated documents. It is far less trustworthy than the record penned by Gourgaud in his Journal. Disliked by Montholon and Gourgaud, Las Cases seems to have sought an opportunity to leave the island when he had accumulated sufficient literary material. However that may be, he infringed the British regulations in such a way as to lead to his expulsion by the governor, Sir Hudson Lowe (November, 1816). He was sent first to the Cape of Good Hope and thence to Europe, but was not at first allowed by the government of Louis XVIII. to enter France. He resided at Brussels; but, gaining permission to come to Paris after the death of Napoleon, he took up his residence there, published the M émorial, and soon gained an enormous sum from it. He died in 1842 at Passy.